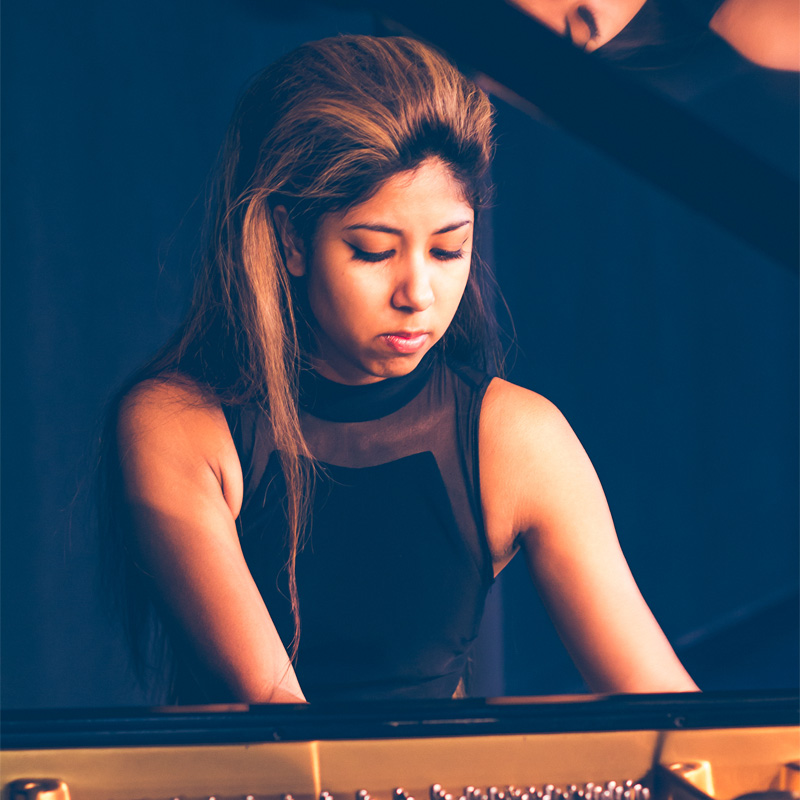 Summer also founded and leads an all-female ethnically-diverse piano and string ensemble (as its sole pianist and string arranger/composer), called “Summer Swee-Singh & the Heartstrings”, comprised of a rotating roster of top-notch string players based in LA, NYC, and ATX, and herself; she and her ensemble can be hired for studio work, music videos, and tours / live one-off performance, working directly with the artist, producers, or management.

Having performed as a soloist for crowds up to 10,000 people and having been interviewed and featured in LA Weekly (2012), Summer has become known a modern master of both performance and arranging–especially arranging medleys. She is also known as the “Piano DJ” because of her ability to seamlessly transition from piece to piece and genre to genre on the piano, much like a live DJ set. Aside from writing arrangements and performing, Summer discovered her love for composing in 2016. As a composer, Summer has been praised by the likes of Richard Clayderman, Carlos Rafael Rivera, Jonathan Estabrooks (Host of Classical Crossover Radio International), Joachim Horsley, and Kathy Parsons of Mainly Piano, among others. In 2016, Summer released her debut, piano-driven album of original pieces titled “Summer Swee-Singh & the Crazy 88”, and in 2017, she released her first professional music video for her composition “JFN (with Prelude)”. She released a collaborative album with Anthony Green in 2019, titled “Would You Still Be With Strings (feat. Summer Swee-Singh)”. Summer’s unique background, innate melodic sense, and passion for her work shine through in every note she plays and every melody she composes.

In December 2019, Summer announced that she and drummer Jessica Burdeaux started an original band called grp. They have since released four singles to date–“Willow Tree”, “Storm”, “At Dusk”, and “Tiny Pumpkin (ft. Anna Sentina)” and are expecting to release their debut album in early 2023. They played debut show opening for Covet at the El Rey Theatre in June 2022.

A music-adjacent project, Summer additionally founded and runs the AAPI (Asian American Pacific Islander) Musicians blog and its corresponding Instagram; the blog website and Instagram account launched in May 2021 to kick off Asian Pacific American Heritage Month (APAHM). Since then she has interviewed 70+ professional AAPI musicians, music creators, and touring professionals to feature–highlighting the stories and music of different AAPI artists, studio and touring musicians, composers, producers, and engineers in hopes to further representation and build a recognizable, collaborative, progressive, and inspiring AAPI community within the music industry.

Summer also was a NEXT Class of 2021 program participant and additionally mentored for Diversify the Stage in 2021. Summer was awarded the Young Alumni Rising Star Award by The Webb Schools in 2022.